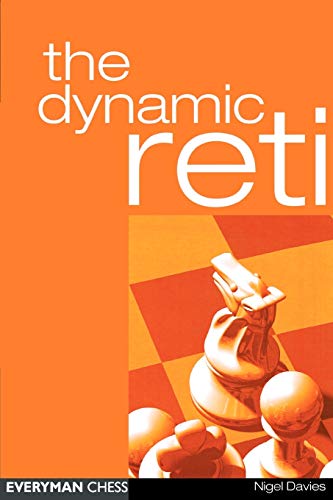 Whilst top players are prepared to meet the Réti, the same cannot be said about club players. They often have defences worked out against 1. e4 and 1. d4, but rarely are fully prepared to meet 1. Nf3. In this book Nigel Davies has adopted a repertoire approach, with recommendations for white against all black major systems of defence. He shows the move 1. Nf3 has enough tricky lines to surprise your opponent, even in the main set-ups.

Against more seldom seen black systems like the Dutch, and an early d6 and g6, the author advises to transpose to main lines to keep an edge with white. Davies is not dogmatic in his advices which lines to choose. On many occasions he presents alternatives, that may suit your style even better. Nigel Davies is an English Grandmaster, chess coach and author.