Advancing the Queen's Pawn on the first move is - together with his neighbour on the e-file - the most popular way to start the game of chess. By playing 1. d4 - also referred to as a Closed Game - one could say the white player is hoping for a strategical game, more than is the case with 1. e4 (Open Game). On the other hand this seems to be an rather old-fashioned statement, because the first move in the modern game of chess reveals almost nothing just yet. It's the continuation that tells us what kind of player one is and what kind of game one prefers. Nowadays lots of sharp players by nature choose to play several opening moves and systems, and 1. d4 usually doesn’t miss in their repertoire. Long story short, 1. d4 can result in several types of games. Books on specific opening systems you'll find here, (everything but 2.c4) like the Trompowsky Attack, the Hodgson Attack, the Barry Attack and the Richter-Veresov Attack. Maybe not the most common openings, but neither obscure in any way, and for sure decent surprise weapons in their own rights. On top of that, there are plenty of books and dvd's available to help you build a steady repertoire starting with 1. d4 (most of the times including 2. c4), as well as books which offer you a repertoire with black against 1. d4. Authors like Tim Sawyer, Karthik PM, Richard Pert, Timur Gareyev and Andrew Martin wrote some very instructive material on these topics. Almost all great champions of the game - maybe with the exception of Bobby Fischer - sooner or later in their career played 1. d4. And for sure all chess players have to deal with it. Enough of playing 1. e4 and ready to deal with the Queen's Pawn opening yourself? Then find a book below that's guides you through specific openings or helps you build a repertoire.

Which opening you’re playing, you have to watch out for traps. Most of the time these are tactical tricks which can cost you material or lead to long-term disadvantage. Although sooner or later this happens to all of us, even occasionally on the level of Grandmasters, it’s vital not to fall for these traps too often. Even a solid start of the game is no guarantee not to get tricked, as this book will show.
Read more...

The title of this book is so long, it tells the whole tale. Leaving this text behind as some sort of page filling, but I’m happy to write these words anyway. This book is about opening tricks and traps after 1. d4 d5. Sooner or later this happens to every chess player: you're making one lousy move that seems directly fatal. Or - to see it from the bright sight - you will trick your opponent at one time in your career, and maybe even more often. Even in a solid start of the game (which 1. d4 d5 suggests) there many hidden traps.
Read more...

The Old Indian is sometimes called the ‘poor man’s King’s Indian’ and has (maybe due to it’s name) a rather old-fashioned reputation. In The Old Indian: Move by Move Junior Tay proves that the openings doesn’t deserve this bad reputation at all. The Old Indian usually happens after the starting moves 1. d4 Nf6 2. c4 d6 and black chooses to place his king’s bishop on e7, rather than on g7 like in the King’s Indian.
Read more...

The Black Knights’ Tango is an ideal opening at club level. Not so much because it has hidden traps right from the opening, but much more because you don’t have to remember tons of theory. According to Palliser black needs good general understanding and has to aim for constant activity, and then the Tango will prove it’s effectiveness. The Tango starts with the moves 1. d4 Nf6 2. c4 Nc6. The early departure of the two knights usually comes as a surprise for the white player.
Read more... 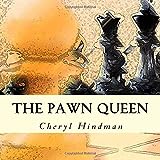 The Veresov: Surprise Your Oponents With The Tricky 2 Nc3! - Davies, Nigel